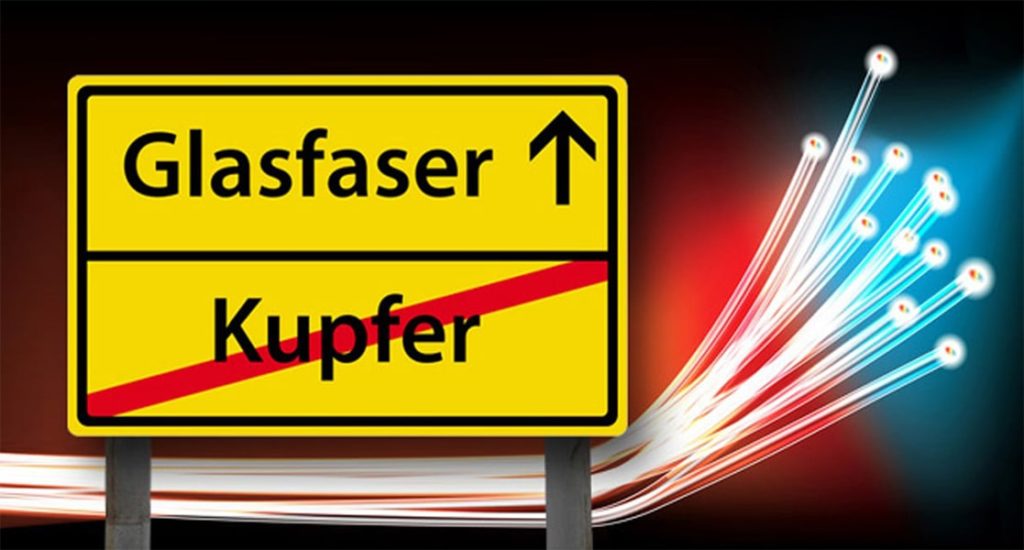 A manufacturer of pharmaceutical-optical products wanted to expand his production by installing several new manufacturing units. In this case, the signal exchange between the different units should be ensured via an internal fail-safe network. The task was challenging, but resolvable. You just have to be open-minded for a technology that is still quite unusual in this field: fibre-optic cables for the internal communication.

Where copper cables reach their physical limits, fibre optic cables are the better choice. If large distances have to be bridged in the internal network, the copper cable is at its limit. With a maximum cable length of 100 m, a separate network would have to be installed for each module in the case of a plant expansion. These decentralized networks require more personnel while offering less transparency. Electromagnetic interferences and equipotential compensation cause further problems, not to mention the heavy weight of the copper cable. In addition, copper cables cannot be used outdoors due to the risk of lightning strikes. Glass fibre cables or fibre optic cables are the first choice when a comprehensive internal network has to be established. They can also be used to manage long distances, e.g. to integrate all production units in a large network if the production site is extended. Further advantages: Glass fibre cables work much faster. The image impact times are extremely short with a 1 Gbits/sec. It’s as fast as being at the server.

Electromagnetic interferences do not exist and outdoor installation is not a problem. This is particularly relevant when external distances have to be bridged in the internal network.
Taken our practical example, everything is perfect so far: One production area was supplied with solvents by the day tank farm. This was manageable and centrally controllable. Now a second production unit should be integrated in the cycle, receiving solvents from the same day tank farm. At the same time, the extension should be managed in a way that additional units can be easily added. Furthermore, the entire communication must be fail-safe and run over a network in order to be centrally monitored and controlled with only little staff. Finally, the network must be designed in a way that the remaining production is maintained in the event of unit failure. The communication concerning the solvent distribution from the tank farm with truck connection to the day tank farm and from there to the two existing production plants and the six new production plants up to the disposal of the used solvents now runs via a fibre optic cable ring made of glass. With its help, the control and visualization channels are routed to seven operating stations strategically located throughout the plant. At each of these stations, the plant operators can get an overview of the details of the entire plant-wide solvent supply, control the production process and immediately intervene a problem occurs. With the appropriate password level, the plant operator can log in at each station. The process can thus be monitored and controlled from a number of stations with little staff and at short distances, since a continuous signal exchange takes place between the subsystems. The entire data flow is GMP-qualified.

The Ring keeps everything on the move

For the network, a glass fiber optic ring with a total length of 1,200 m was installed.
A Siemens switch was configured as a redundancy manager, a second switch is available as a replacement redundancy manager – if one fails, the other is immediately available.
7 network switches for the operator stations and the connection of the subsystems & production facilities were added. To increase the reliability, each UPS was preceded by a UPS. These batteries ensure the power supply in case of failure. If a switch fails, the redundancy manager immediately reverses the direction of the data flow. The data can thus flow in the ring, no matter in which direction. The fail-safe controller transfers the signal packets to the Remote IO (RIO) stations in the subsystems & production facilities. This ensures an error-free and reliable communication (emergency “On Hold”) of normal data as well as safety-relevant data (emergency “On Hold”, SIL2-compliant).

Additional subsystems and production facilities can be integrated into this system at any time. In this case, the plant-wide communication will be extended by corresponding switches and operator stations. New systems can also be integrated in the data exchange of all units. All control and visualization signals are routed to the new operator stations. The fibre optic cables allow expansion of the network without sacrificing quality and speed.

SIL1 and SIL2 enable the integration of signals for emergency stop, gas warning and fire protection in the fibre optics network at any time, as well as a safe shutdown of the actuators. The system was independently tested and approved by TÜV Süd (=Technical Inspection Authority). The overall project was planned, built and qualified according to the requirements of GAMP 5.